In the dark, navigating a space with light projected far outwards, wearers lose sight of their body, living several meters into their spatial future. Wearers become a server, seeking with pings of light - a specter in the dark. When navigating with light projected at their feet, wearers have no future to react to. Their light is not a probe but rather a beacon, announcing “I’m here” on behalf of both themselves and their surroundings. In the process, I hope wearers reflect on their relationship to natural spaces around them as they transition between intruder and native. 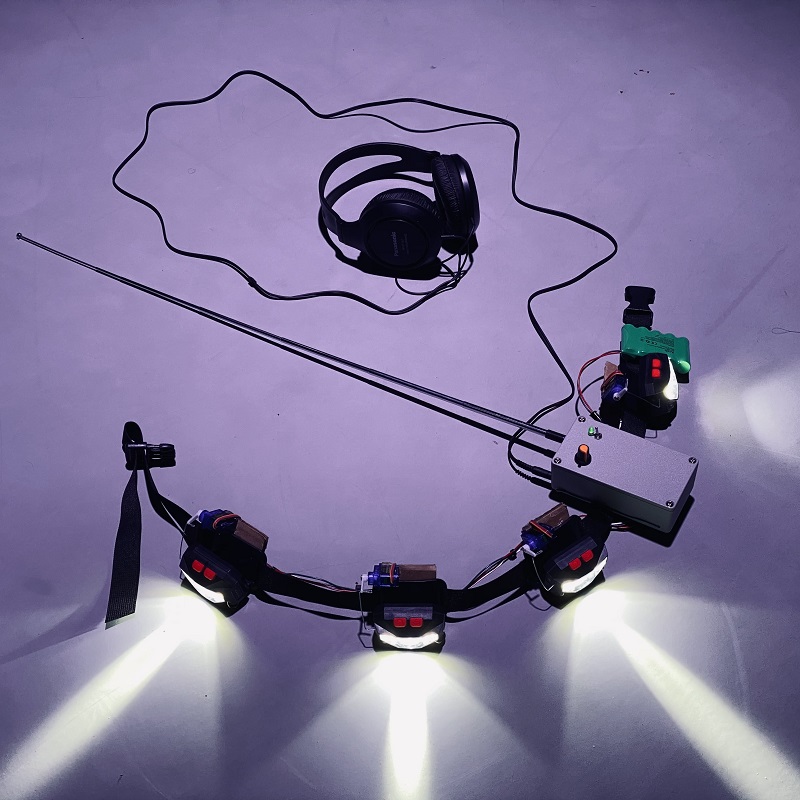 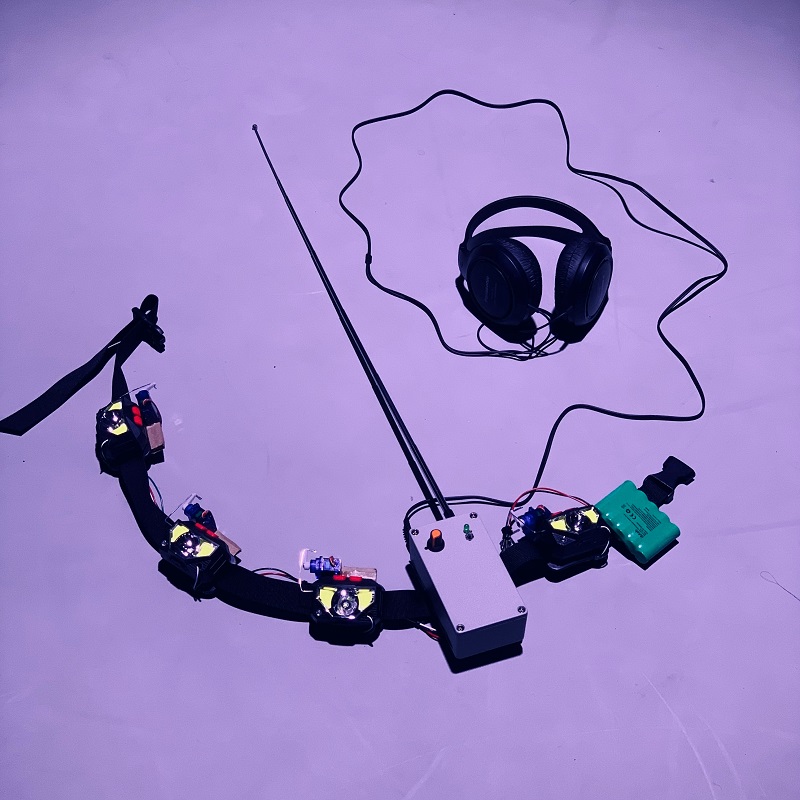 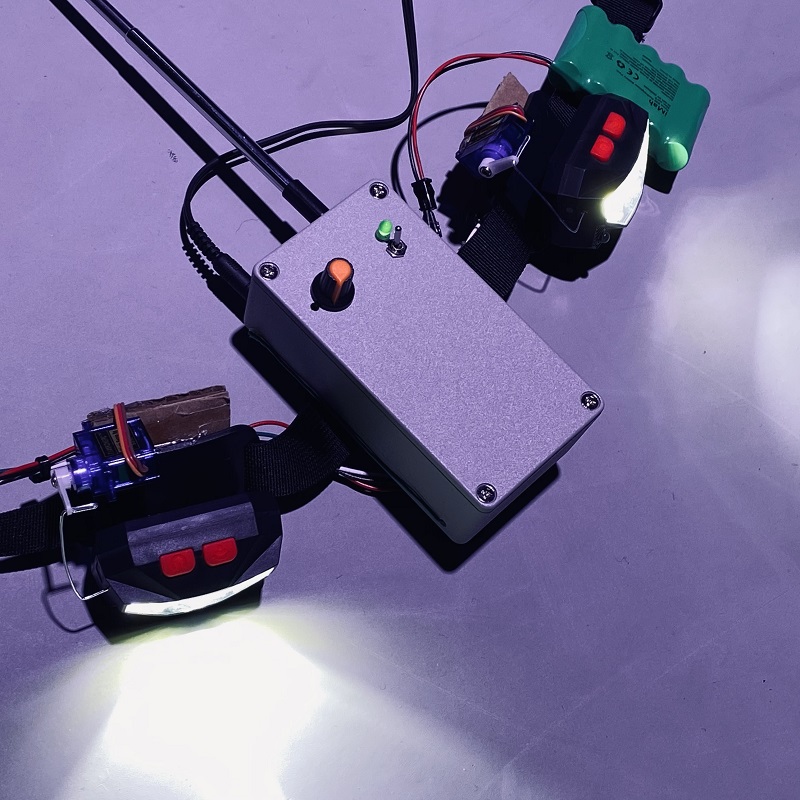